In my family we've had eight GMT800s (I still drive one), and not one has had 1/10 of the problems your first one did.
Top

WHOA!! I had to check the date to make sure I wasn't reading an old archived post (probably back from the original forum!). Congrats
Top

Thanks folks, I think.

I'd really rather have not gotten it, but the wife decided she wanted a truck instead of a Corvette. When it's 5 grand vs 25 grand, gotta go with it. Besides, got to thinking, there won't be any warranty to deal with on this truck. Since I'll be doing all the work, there should be no reason to not get one. This one does have some problems, but they are more due to it having 240K miles than being built shoddily. It looks like something that was driven by a guy that needed to go a long ways on a regular basis regardless of weather, not as something that someone wanted to take dune-hopping like all the other reg cab 4x4's I've seen are.

Endo, on the 99 model, I understood that there are lemons from time to time, and was perfectly happy to work through the problems with the service dept where I bought the truck. When that service manager left and I started getting the standard GM responses to the problems that I got pissed at them. Going to change my stance, and just not get anything that's covered by a GM warranty. Hopefully the new GM honors their commitments on warranties but I'm gonna wait and see how you guinea pigs do before I buy anything new from them.

Seems like every time a company jacks me around and pisses me off that they go bankrupt.

Ford's damned lucky that I stopped being pissed when I made money off their stock.

Cool! I'm looking forward to the pics. What color is it?
Top

I remember you doing some PCM tuning on a GMT800 truck. Are you going to tune this 2000 as well? These engines respond well to tuning, quite a bit of Torque Management in these trucks. It only gets worse teh newer the truck is.

It's a torch red (or whatever the bright red is) 5.3L, and it'll be tuned as soon as I get a dead polling problem resolved with my EFI Live tuner. Got three trucks to tune now, right now I'm driving a 2001 short narrow reg cab 5.3 my dad bought a couple of weeks ago. I'll try to get pics of both tonight. The 'ol lady wants me to stick on a narrow bed and paint it blue, thinking of doing that next year if my housing stuff works out right.
Top

Looks like you already have a good idea what your going to do, but

Speeder wrote:It's a torch red (or whatever the bright red is)

OK, here's the pics. I've still got my dad's 2000 Silverado reg cab 2WD, so they are parked side by side for reference. Pappy gets his truck back as soon as he finished my daughter's next car. Sure is nice when a family member has an extra vehicle or three to loan out.

I'm still going to have to find myself a toy to play with, but in the meantime I'll be driving the wife's old minivan. She loves the new truck even though it's going to be a project for me, which I love because I've been feeling pretty listless lately with nothing to work on. The two Toyotas never need any more attention than oil changes. Eventually it'll be a blue narrow bed with a worked over 4.8L, probably a tan interior, and possibly a 6 speed auto. I forsee this taking years though, because I'm as slow as cheese through an old man, and require the same level of planning.

Wow that red one is up there. I don't remember my green '99 sitting that high off the ground when it was stock. It almost looks like it has a Rancho 4" lift on it. You crawl under there yet?

Neil1500HD wrote:Wow that red one is up there. I don't remember my green '99 sitting that high off the ground when it was stock. It almost looks like it has a Rancho 4" lift on it. You crawl under there yet?

I was thinking the same thing. It looks like the factory rake is gone, like it has been leveled with a key or the torsion bars are cranked up.
Top

The torsion bars might have been tweaked to level it, but it looks stock underneath aside from the exhaust, which has a tine Flowmaster looking muffler split into dual outlets. The exhaust shop that did it had no idea what they were doing either, since they routed it where the spare tire goes. Going to have to have it redone later on.
Top 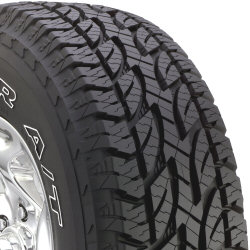 Thanks Makoi, but that goes totally against our vision for the truck. And, we both hate red.

We needed the 4WD for snow-roading, not offroading. The spot we're putting the house on the new land will require going uphill to leave, which means 4WD. Plus, it'll be 30 miles 1 way to work, so we want to make sure we can get there and back.
Top

Okay, but paint it black, not blue.
Top